Everything You Need to Know about Brexit

The effects of Brexit What happens next… and how will it affect me? 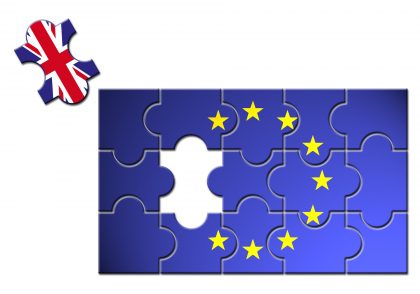 Why was there a Brexit referendum?

For decades, Eurosceptic MPs (Members of Parliament) in the Conservative Party had been highly critical of the EU. In 2006, new Conservative Party leader David Cameron famously proclaimed that it was time MPs stopped “banging on about Europe.” He hoped to unite the party and move forward with a pro-EU agenda. But his time in power (2010 -2016) saw more and more party rebellions – and more and more Eurosceptic MPs elected.
So, hoping to silence the Eurosceptics once and for all, Cameron took a gamble. He told the British people that he would renegotiate the UK’s relationship with the EU, and then let the citizens decide in a referendum if membership was good for Britain or not.

Cameron himself led the Remain campaign. He was supported by the leaders of all the main political parties, former prime ministers, and international leaders like Barack Obama, Angela Merkel and Francois Hollande.
They argued that although the EU was imperfect, it was better to reform it from within than to walk away. They proclaimed that leaving the EU would result in millions of job losses, a higher cost of living and reduced public services – including the possible collapse of the beloved National Health Service (NHS).

The Brexit campaign was led by the former mayor of London, Boris Johnson. He was supported by many key cabinet ministers and Nigel Farage, the leader of the UK Independence Party (UKIP).
They argued that the EU had taken sovereignty away from the British people, and that the only way to achieve true self-control was to exit from the union. They focused their campaign on high levels of immigration, the economic costs of EU membership, and what they claimed to be harmful EU legislation.

In the run-up to the referendum, the vast majority of political experts believed that the Remain campaign would and should be victorious. They were stunned to discover that the majority of Britons disagreed. Leave defeated Remain by a clear margin: 51.9% to 48.1%.
Scotland, Northern Ireland and London voted overwhelmingly for Remain, as did many of the country’s larger cities. However, rural England and Wales – and most towns and cities in the midlands and northeast – voted strongly in favour of the Leave campaign.
Those under 45 voted overwhelmingly to remain in the EU, whereas those over 45 voted to leave. The statistics showed that a greater proportion of older people voted than the younger generation.

The effects of Brexit

The immediate effects of Brexit have been enormous. Within a few hours of the results being made official, David Cameron promised to step down as prime minister within three months. Labour, the main opposition party, imploded into a political civil war. Nicola Sturgeon, First Minister of Scotland, said that a second Scottish independence referendum was “highly likely.”
Meanwhile, the pound has dropped from $1.49 on June 23 to $1.29 at the time of writing, with some economists fearing it may drop to parity with the dollar.

What happens next… and how will it affect me? 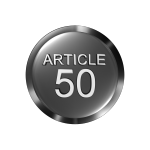 Although the referendum results are not legally binding – meaning that they could in theory be ignored by the government – there is no suggestion that this will happen. Every party leader (and potential party leader) has said that they will follow the will of the people and enact Brexit.
To do so, the next prime minister will have to enact Article 50 of the Lisbon Treaty. Once enacted, the UK must leave the EU within two years (though extensions to this timeframe can be agreed upon). During that time, they will have to negotiate a whole range of new deals with the EU, covering everything from trade to freedom of movement.
The trouble for the UK is that this gives the EU an enormous amount of bargaining power in negotiations. They are the bigger economy. They control the timeframe – and if the two sides cannot reach an agreement within that period, the EU negotiators can present a deal to the EU member states, who can vote to enact it – with or without the UK’s consent.

But how will this affect EU citizens living – or planning to live – in the UK? How will it affect entrepreneurs and investors?
To find out read What Does Brexit Mean for EU Citizens?