What Does Brexit Mean for EU Citizens?

How will Brexit affect EU citizens? 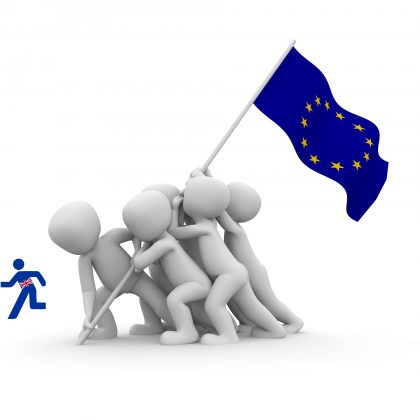 But how will it affect you? Read on and see!

I am an EU citizen currently living in the UK. How will Brexit affect me?

From a financial perspective, it already has. The value of £1 sterling has dropped from €1.31 on referendum day to €1.18 today. As a result, your earnings have taken a 10% hit if you routinely send money to banks in the Eurozone or elsewhere. Prices of international goods and services will rise, too. This may be temporary or it may be permanent – and it may get better or it may get worse… Time will tell.

In terms of your residency, your legal status is guaranteed until at least October 2018. Although new Prime Minister Theresa May clearly wishes to use your rights as a bargaining chip in negotiations with the EU (refusing to guarantee protection of your legal status), it seems highly likely that you will continue to enjoy your current status in post-Brexit Britain. For one thing, your residency is protected by British law. For another, throughout the referendum campaign, the Brexit camp maintained that current EU citizens’ rights would not be affected. Finally, the British government will want reciprocal rights guaranteed for the 1.2 million Britons currently living in the EU.

I am an EU citizen hoping to move to the UK in 2019. How will Brexit affect me?

The short answer is that we don’t know yet. It all depends on the Article 50 negotiations. What is relatively clear is what each side wants for you.

The EU is adamant that the UK cannot have access to the European single market without embracing complete freedom of movement. Theresa May has already stated that maintaining access to the single market will be a priority in EU negotiations. However, she has also said that Britain must introduce greater border controls.

A points-based immigration system already exists in the UK for non-EU citizens. It tends to favour more educated migrant workers and make it harder for blue-collar workers to enter the country. Expanding this system to include EU citizens will be problematic. In fact, according to the Financial Times, 81% of current EU residents in the UK would fail to meet the standards set for non-EU citizens.

How the two parties will reconcile these opposing views is the great unknown. It may be that the UK sets up its points-based immigration system. Or it may be that in order to gain access to the single market, they grant all EU citizens free movement as is the case today. Once again, we simply won’t know until Article 50 negotiations are complete.

Besides freedom of movement, another key concern is access to social services (healthcare, education, childcare, pensions, public housing, etc.). Will future migrant workers have equal access to these services? Will they have restricted access – or none whatsoever – for a set period of time? Will they have to pay a monthly fee to get access? At the moment, it remains to be seen.

I want to set up a business or invest in the UK. How will Brexit affect me?

With an unstable currency, insecure trade deals and no definite future economic plan, the UK certainly doesn’t seem like the best place to start a business right now. For the UK to gain control over its borders, they will probably be forced to sacrifice full access to the European single market. This could mean tariffs or quotas on exports to the EU. Or it could mean that the banking sector loses its trading “passport” that allows it to sell services to EU countries.

With that said, the UK is currently ranked #2 in Europe in the World Bank’s annual Doing Business Report. It has a low corporate tax rate, and a business can be set up with no capital requirements at a cost of just £30. Also, current chancellor George Osbourne has pledged to slash the corporate tax rate further in an attempt to woo investors and entrepreneurs. His ultimate goal, he says, is to make Britain “a beacon for free trade” around the world.

So, it seems that caution in the short term would be prudent, but the long term climate may not be as dark as some had forecast.

The British public’s decision to exit the European Union certainly has the capacity to change the lives of millions of people. Although EU citizens currently living in the UK seem likely to retain their current legal status, the future is truly uncertain. All we can do is keep our eye on the game and see how the chips fall.

Euspert is a gateway to the professional world. Jobs, career, freelance, business, training, etc...
NEWER POSTThe 10 Most Common Job Interview Questions (And What the Interviewer Wants You to Say!)
OLDER POSTEverything You Need to Know about Brexit