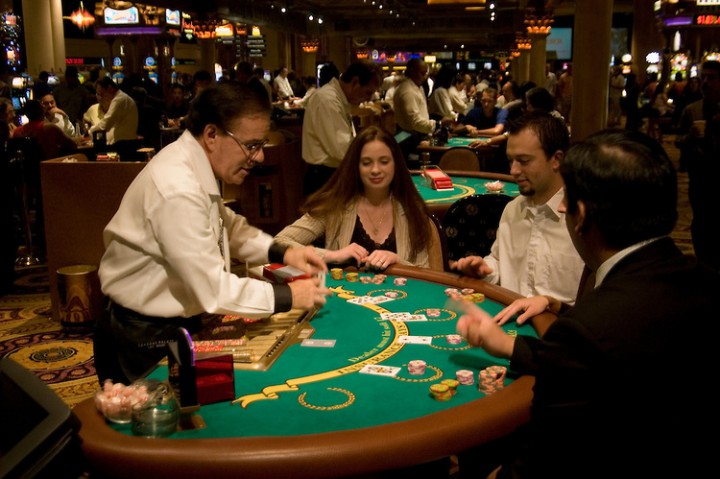 Croupiers are people who are in charge of gaming tables and there are quite a few places in the European Union where one could work as a croupier. However, being a croupier involves a lot more than just managing the gaming table. A croupier needs to know how to speak various languages and this is especially true for a croupier working in the EU seeing as how the Union is comprised of various nation states (all of which are so culturally diverse). Croupiers in the EU would come across customers from all over the European Union and they need to keep their culture, language and mannerisms in mind when dealing too. There are various schools for someone planning on working as a croupier in the European Union member states. These schools teach the importance of etiquettes, language and body language as well as the need to deal with individuals from every member state according to their cultural norms. There are schools for croupiers in Italy, Romania, Spain, Slovakia, Germany, Hungary and Belgium.

Usually croupiers are first taught to work at roulette tables in the European Union and once they have learned to do so, they are taught to work at the black jack tables. After they have mastered working at these tables, they are to handle another table such as dice or Punto Banco. Keep in mind that croupiers have to do a lot of work. Every few minutes new gamblers come to the desk and in some cases more than one players may be involved in a game. One needs to be very patient and calm when dealing with different sorts of customers- especially when the customers aren’t from the same country. Croupiers mostly are required to work 35 hours a week. Sometimes croupiers have to work for longer hours. For example, gambling centers can get quite crowded around the holidays and so, croupiers could be expected to work for more than 35 hours though it is likely that they would be compensated for this. There is no specific pay rate for a croupier but dealers and senior dealers can expect themselves to earn between GBP 10,005 to £14,560 a year while yellow pit bosses can expect to earn £15,200 to £17,450 on a yearly basis. Naturally the rates would differ and it depends on what member state one decides to work as a croupier in but these are rough estimates.

One is trained to become a croupier in the EU. Dealers in training have to work for 6-8 weeks while waiting for their gaming licenses to be approved and then, there are organizations that offer training courses to dealers as well. A dealer would have to work for two years, at least, till they can be promoted to ‘inspector’ level.

Here are some of the countries, comprising the EU, where one could work as a croupier- Croatia, Czech Republic, Hungary, Romania, Austria, Slovenia and Slovakia. The rates and salaries are likely to differ.

I'm a professional blogger and journalist with an extensive experience in HR, co-founder of euspert.com, pinlanguage.com and biancolavoro.it. During my career I have also acquired experience in different fields working as a trade manager, responsible for logistics and event organizer. As a polyglot fluent in seven languages I had the opportunity to work as an interpreter and translator for important companies around the world.
NEWER POSTImprove Your Concentration and Stay Fully Focused!
OLDER POSTHow to improve English language if is not native tongue