It is easy to say that there is a great difference in earnings in the otherwise unified European mega nation. The EU is the place, which all European countries (with slight exceptions of course) rush off to, as the benefits of membership considerably outweigh the cons, which you can encounter along the way. However, be it due to poor management, or an underlying factor, there is a discernable gap in how much money get for the same professions in different countries of the EU. Here we make a small analysis about that. 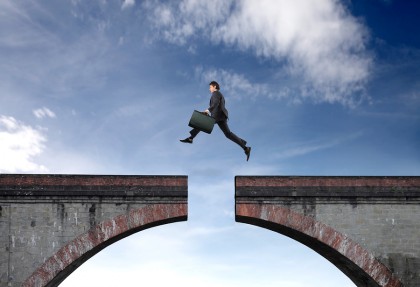 The global economy is slowly stabilizing. As one of the older countries in the Union, England has been a prime destination for a lot of expats during the years. There is a good reason for this, mainly because the pay rates within this country are significantly higher compared to other countries like Romania for instance. However, people seem to forget one very important factor – the unemployment rates on the island are still very low, and it is hard to find positions. Apart from this, the cost of life is very high so a high salary covers only the basic needs of a person. For this reason a lot of people have decided to try out places like Germany where the whole situation is much more stable.

Still if comparisons are going to be made, it is worth taking a look at the difference of earnings between the aforementioned England and Romania. A recent study within the IT sector, as one of the most well paid ones in the current global economy, has shown an incredible difference. To set an example, a project manager in a well-established IT company in England can easily rack up 4 to 5 thousand pounds per month, if not more, especially when experience talks.

The same position in Romania however is largely underpaid. A look at the salaries, which EA offers takes us to the cold hard fact that a project manager there can receive as little as 500 euros. Is it outside of the capability of the company to pay more? Apparently not, as their US offices are always prospering and there is not a single complaint when it comes to salaries. The root of all evil comes from the country itself, where bad management decisions make people pay their tolls.

This is why we cannot really talk about a gap between younger and older members of the EU, because it all falls down to their politics prior to joining the union. To set an example, we will take Romania’s southern neighbor, Bulgaria. Bulgaria is still considered one of the cheapest places to go no matter where in the world you are. Looking at government salaries within the country you will see that the situation is not much different from that in Romania. However, there is a growing trend in the private sector, clearly showing that things are getting better there. Right now, when a project manager works in a private company, they will reach a salary of 4000 euros with relative ease – something quite unheard of in many situations in the rest of Eastern Europe.

As a whole, it can be said with ease that the question of gapping between younger and older members of the EU can be thrown back to the basics – how well the country in particular operates with its own funds, and the funding received from the union. No country is currently extremely stable, not at least in the EU, but there are definitely those, who fare better than others.

So what is the answer to all of this, and how can this gap be completely sealed? Well, the process is slow but it is already underway – globalization. With the advent of the internet and various other technologies, the business world is becoming highly mobilized. As private companies find the proper way to sustain their employees and stimulate them, the government sector will start to slowly rise as well. General problems like unemployment and pricy goods unfortunately are not going to get solved by themselves like that. What different countries will show as progress is entirely up to them.

Euspert is a gateway to the professional world. Jobs, career, freelance, business, training, etc...
NEWER POSTWork as a Tourist Guide in Germany
OLDER POSTHow to Share your Time between Career and your Family?