How Close are Universities and Schools to Real Market Opportunities in the EU? 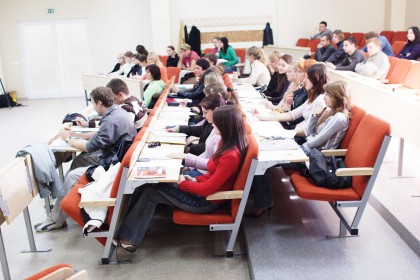 There are noticeable differences in educational systems everywhere in the EU. In Eastern Europe for instance, there is a very old system, which poses obligatory exams, tests, grades, as well as a program, which is carefully chosen for the young ones so that they can be prepared for their future profession. However how well does this really work? It is easy to fill some heads with an abundance of knowledge and then send them off to seek their fortune on their own. However, a factor, which is commonly forgotten, stands in their way – technologies and knowledge in general constantly keep evolving, so many young people are forced to educate themselves outside of university in order to cover the giant demands of employers. Without any extracurricular activities, which really count, and a shadowing of EU programs for market placement, Eastern European countries are commonly considered weak when it comes to market opportunity education.

This is why a much more fluid, western model of education is generally accepted in most countries, be it in their schools, or universities. For instance, in England there is a pretty strong career center venue, where young people learn about what they will need in real market environments. Guidance counselors in universities are there to help them pick the best education for their needs, taking into consideration their interests and things that do not intrigue them as much. Couple this with the fact that you can choose what exactly to study throughout the year, as long as you cover the obligatory credits needed for graduations, and you have a pretty stable system. Even in Eastern Europe some universities are adopting such a system and research has proven that it is highly effective.

It quickly becomes apparent that young people need to receive some guidance so that they understand the truth about job placement and are able to make good decisions in the long run. However, the true underlying factor here is freedom, and the universities and schools, which give the most of it, are considered the best. A good example that can be given is Finland – currently ranked number one in terms of education in the whole world. The sole reason for this is the freedom, which the country offers its students. At age 7 everyone goes to compulsory schools and receives the same education, without worrying about their status. From then on however, things become bigger. The only obligatory exam comes after secondary schools, and from then on, people are free to enter the universities they need based on that. Education is completely free, which allows students to focus on learning instead of work. The grading system comes in the form of gradual feedback from teachers and professors, instead of obligatory tests and numeric grades.

If you are worried about too much freedom coming in the way of proper market placement, you should also know that the European Union has started concise programs for job knowledge, which helps young students find new places to work, based on their education and interests. The key here is information, and with the power of the Internet by our side, it is not hard to find all that you need in that department.

As a whole, the educational system in the EU is not a bad one, and still it has a long way to go. With more countries adopting proper educational habits, going into the job market has never been easier than it is today.

Euspert is a gateway to the professional world. Jobs, career, freelance, business, training, etc...
NEWER POSTFive things not to say in a Job Interview
OLDER POSTThe Mobility of Nurses Across Europe