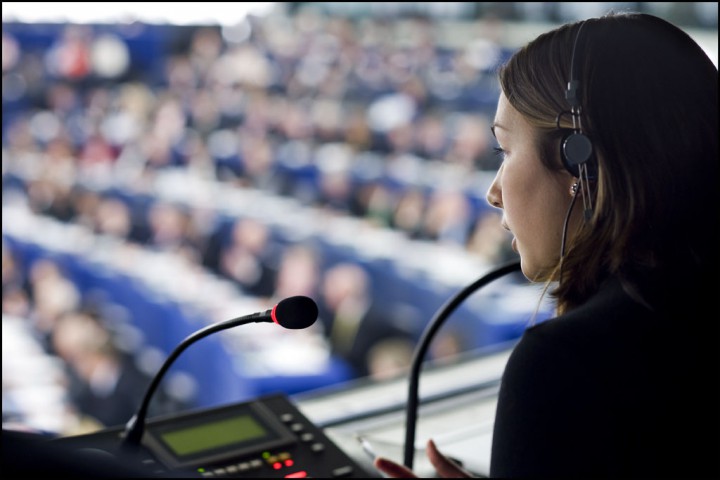 When it comes to the European Union one would come across several EU members states and each of them have their own culture, identity and language. The EU is comprised of member states that speak various languages which is why there is a need for translators in the EU. EU laws, rules and regulations affect all member states. Since not too many states within the EU speak the same language as the other, there is a need for interpreters and translators who can help translate conversations, laws and rules into other languages. This is important for communicating with other nation states. People interested in becoming translators have to win competitions held by the EU every three years. While permanent translators work permanently, according to their contracts, there are temporary staff translators (who work for 2 or 4 years) and contract staff translators (who for up to 36 months) too.

Usually translators working on a permanent contract are required to have mastered their mother tongues and they need to be well-versed in English, French or German. They are also required to know a second language apart from the two mentioned earlier. Having knowledge of these means to be able to understand, communicate and translate these languages as and when the need to do so is felt. One needs to be a citizen of the EU and he/she must have fulfilled any military service obligations as well. The same prerequisites apply on temporary translators and contract staff translators. The former kind of translator is mostly on probation for up to 6 months while contract staff translators are on probation for, at least, 9 months though this depends on the duration of the contract itself.

There are various kinds of tests that a translator must take- verbal, numerical, behavioral and language-related skills tests too. If one takes everything (all tests and exams) into account, it can take up to 10 months for the whole process to end before one is done with everything. Translators must be able to deal with certain situations, instances and circumstances too. One must have a very convincing translator’s profile before he/she can be considered. Apart from being able to speak, a translator must know how to conduct research on various topics, read and look up various texts, be familiar with economic, political, legal, financial, scientific and technical matters too. Since change is constant, one also needs to update himself with everything going on the inside and outside the European Union too.

The more one is aware of his surroundings and current affairs, the more likely it is that one could be considered for any of the three positions mentioned above. When one works as a translator he is not just representing one country but he is representing the EU as an entire state and so, the job of a translator is quite serious and has serious consequences. It is due to this that one is required to pass so many tests before he can be a qualified interpreter.

Link at Europa.eu: Become an interpreter