Working as an Air Cabin Crew 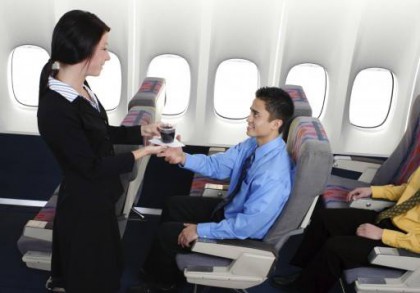 To become a cabin crew attendant in general, you do not need to have any college degree, or higher learning credentials but the majority of airlines often require at least a secondary education. Depending on the country, the airline may require particular grade for certain subject. For instance British Airways (BA) often ask for GCE-A level with at least a C grade or above for English and maths. You may also find it advantageous if you have vocational qualifications with cabin crew topics. Again such courses can be followed from various bodies. An example is http://www.cityandguilds.com/courses-and-qualifications/travel-tourism-and-aviation

You can find more such courses depending on the country you are residing. Airlines have different requirements, but they may just as well accept a person with no education at all, but with an impressive interpersonal, and communicative personality because training and induction is often provided. Your CV will have more weight nevertheless if you have followed courses as mentioned above, or something in line of linguistic, customer service, travel and tourism. Depending on the airline, there might also be some other requirements so you should always do research to find the airline which you will be pleased with. The requirements below are general basic requirements that you might expect from many different companies.

Some airlines may have additional requirements which for instance could be average height and weight.

Your employment contract will cover all your responsibilities and that of the employer. As a cabin crew, you will often be on the move traveling from city to city and from one country to another. You therefore can expect to work with a time shift that varies and could be during the day or the night. On a regular day, your time will depend on the duration of a flight and back. Flights can be anything from a few minutes to several hours. A flight to the US from Europe for instance can last 10 hours and including the time back and your duties before the flight, in such flight you can expect being in service for 24 hours. That does not mean that you do not have a rest. Long flights often will stay at the place of destination for a couple of hours before starting the return flight which can give you plenty of time to relax and do some tourism yourself. Your accommodation is all taken care of by the airline company in such circumstance. So the working hours varies tremendously on a weekly basis. If you are on a short flight, you may be scheduled for two, or three such flights in a certain week, just the same you may do just one flight in a week which is of long duration and sees you away for two or three days.

The airplane is considered one of the safest mode of transport there is. It is safer to fly than it is to drive a car. Like many other companies, very good airlines in their employment contract also have different benefits for their employees, those include, health and life insurance, retirement plans, and often, free or discounted air tickets for the employees and family members.

Compensation for an air cabin crew will vary depending on the airline. In the US on average, an entry level position for an air cabin crew is about $16, 500 a year while an experienced professional may earn up to $36,000 a year. The average salary for companies in the UK is of about $33,750 a year. Emirates provide an average yearly salary of $ 41,000, Ethiad $23,500. Note that these are the highest salaries that you can expect to earn with years at the company and a high grade of responsibility. Along with the salary there are also various compensation depending on the airline

Working as an air cabin crew

As a cabin crew, you will be based at the airport as you work location. An airline will have one or more bases either nationally or internationally.

I'm a professional blogger and journalist with an extensive experience in HR, co-founder of euspert.com, pinlanguage.com and biancolavoro.it. During my career I have also acquired experience in different fields working as a trade manager, responsible for logistics and event organizer. As a polyglot fluent in seven languages I had the opportunity to work as an interpreter and translator for important companies around the world.
NEWER POSTYorkshire Graduate Recruitment Fair
OLDER POSTCross-Cultural Mediators: what they do and how to become one?