The Best Cities in the UK to Live and Work

Many people planning to live and work in the UK dream of a life in London. While the metropolitan capital offers a wealth of job opportunities and cultural attractions, it’s far from the only option. In fact, London ranks just 36th out of 39 UK cities in the 2016 Demos-PwC Good Growth for Cities Index. These findings are important as the factors measured in the report include job security, average salary, work-life balance, affordable housing, and quality of transportation.

With these factors in mind, what cities should you consider before you make the big move to the UK? 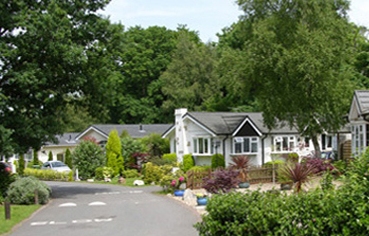 Topping the Good Growth for Cities Index, Reading/Bracknell is an excellent location for UK jobseekers. Situated just 30 miles west of central London, Reading and Bracknell are actually two large neighbouring towns with a combined population of approximately 300,000. Reading’s average salary of £32,292 is the third-highest in the country, according to the 2015 Cities Outlook report. Numbeo measures the average cost of rent for a central one-bedroom apartment at a relatively low £910 per month.

There are many multinational IT companies based in the area including Microsoft, Oracle, Cisco, and Symantec as well as other major businesses like BG Group, ING Direct, and Prudential. Culturally, Reading/Bracknell is a wonderful place to live, too, with excellent local shopping, fascinating museums, and nearby nature walks in Swinley or Crowthorne Woods. What’s more, it is home to the internationally renowned Reading Festival, the UK’s second-largest music festival. 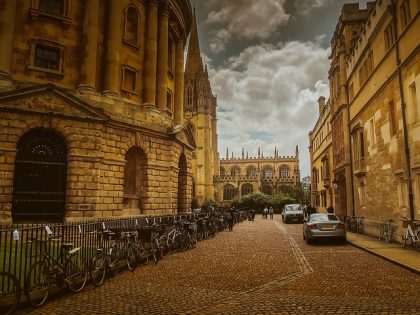 Ranked second on the Good Growth for Cities Index, the university city of Oxford is another superb choice if you plan to live and work in the UK. Located 24 miles northwest of Reading, this picturesque area is one of the fastest growing cities in the country. According to the 2015 Cities Outlook report, the median salary stands at £28,860, with Numbeo pricing a central one-bedroom apartment at £1,090 a month.

In addition to its many educational jobs, Oxford offers numerous employment opportunities in the fields of science, technology, research, and retail. With its stunning historical buildings and famous theatres, museums, and galleries, Oxford has a wealth of attractions for any culture vulture. 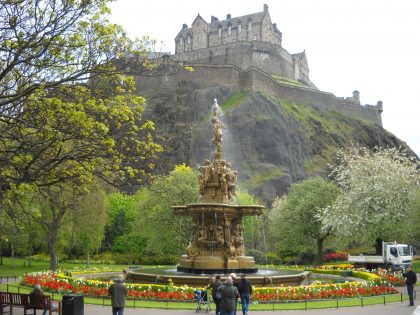 Scotland’s capital comes in third in the Good Growth for Cities Index. Famed for its ancient university, historical centre, and annual festivals, Edinburgh is also an economic powerhouse with the second-biggest economy in the UK. The 2015 Cities Outlook report lists Edinburgh’s average salary at £28,808, and Numbeo data puts a typical downtown one-bedroom apartment at just £705 a month.

Edinburgh offers tremendous employment opportunities in the finance, science, education, and tourism sectors. Many famous banking and insurance corporations are based in Edinburgh, including RBS, Bank of Scotland, Tesco Bank, TSB, Standard Life, and Scottish Widows. With its world famous festivals, Edinburgh is also a cultural hub ready to rival anywhere else on the planet. 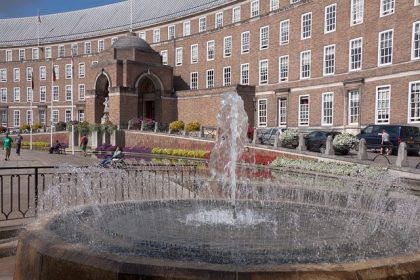 Named The Sunday Times’ Best UK City to Live in both 2014 and 2017, Bristol ranked 7th on the Good Growth for Cities Index. A bustling city of 450,000 inhabitants, it is famed for its architecture, arts, and nightlife. Bristol’s economy includes a large financial services sector, and there are many other job opportunities in science, technology, research, aerospace engineering, media, retail, and tourism.

The Office of National Statistics places Bristol’s average salary at roughly £26,200 per year. According to Numbeo, a downtown one-bedroom apartment will typically set you back a very manageable £855. For work, leisure, and pace of life, this western city is hard to beat! 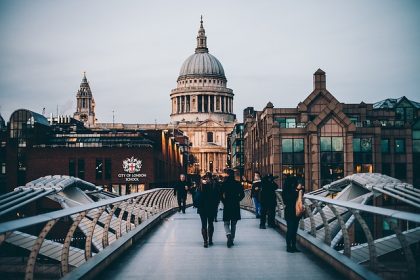 One of the most famous cities in the world, London needs no introduction. Thanks to its numerous and varied job opportunities, high wages, and countless cultural attractions, it often tops Best City lists such as the PwC’s Cities of Opportunity 7. Here, opportunities abound in almost every field. From banking and financial services through science and technology to retail and tourism, the city opens doors for every kind of professional. What’s more, according to the 2015 Cities Outlook report, the median salary in London currently stands at £35,152.

Not all is rosy in this garden, however. The capital’s surprisingly low position (36th out of 39) on the Good Growth for Cities index is explained by its “lack of affordable housing, transport congestion, income inequality, and long working hours.”  For instance, Numbeo estimates the rental price of one-bedroom apartments in the city centre at roughly £1,675 a month. If you’re a fan of the hustle and bustle of the big city, however, the price of London life is worth every penny.

Do you live in the UK? Would you recommend these cities? Or did your favourite city fail to make our list? Tell us all about it in the comments section below!

Dara Sheahan is an experienced writer and language teacher from Dublin, who has taught in colleges and universities in Ireland and South Korea. Now a freelance educator and blogger, he has a passion for all things related to education, travel, and entrepreneurship.
NEWER POSTThe Most In-Demand Student Jobs in the UK and Where to Find Them
OLDER POSTReasons to Live and Work in Ireland