Best Nurse Jobs – The Best Countries for Nurses to Work

Which countries offer the best work environment for nurses? Nurse salaries around the world 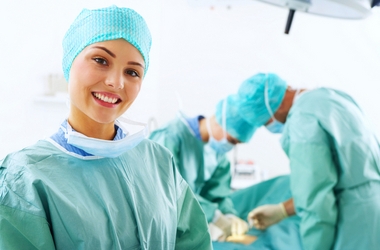 You may not realise it, but if you are a qualified nurse, the world is your oyster. All across the developed world, there is a massive nursing shortage – which means there is an enormous opportunity for you to shop around for the best nurse jobs around the globe.

Which countries have a high demand for nurses?

Actually, astounding numbers of nurse jobs are available right now in most developed countries – and demand is growing year on year.
The United Kingdom, for instance, is currently seeking over 23,000 full-time nurses. With tens of thousands of nursing positions already available and an estimated 500,000 required by 2030, Germany is another country in urgent need of qualified nurses.
Big numbers indeed, but nothing in comparison to the opportunities available in the United States, where the Federal Bureau of Labor Statistics estimates that 1.2 million nursing positions will need to be filled by the year 2022.
Similar numbers exist everywhere from Australia to Saudi Arabia. But which country offers the best choice for international nurses? Well, it depends on what you’re looking for.

Nurse salaries around the world 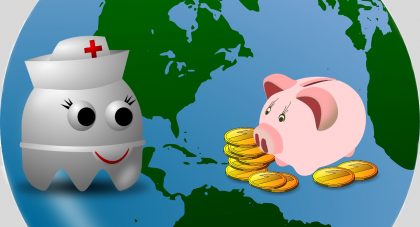 Which countries offer the best work environment for nurses?

Again, it is impossible to give a definitive answer to this question due to the sheer range of factors involved. However, there has been some useful research conducted to help you decide what the best nurse job is for you.
A comprehensive 2012 survey offers a wide range of fascinating data for those considering a career in nursing in Europe. It asked thousands of nurses working in hospitals across the region a series of questions about their jobs and compiled the data into easily comprehensible charts. Here are some of the key findings:

B. Top 5 European countries by perceived standard of working conditions for nurses:

1. Norway
2. Switzerland
3. The Netherlands
4. Belgium
5. Germany / Finland / Spain [equal score]
According to the same survey, the worst working conditions were to be found in Poland and Greece.

D. Top 5 European countries by satisfaction regarding opportunities for promotion:

For those of you hoping to work in the United States, WalletHub have created a very useful tool, allowing you to compare and rank all 50 states in terms of opportunity and competition, work environment, or overall ranking.

Nursing is a calling that requires the 5 C’s of caring: commitment, conscience, competence, compassion, and confidence. But in addition to caring about your patients, you should also consider your own happiness and wellbeing. Choosing the right job in the right country is an important decision – and one that will ultimately lead to you providing better care to those under your supervision.

Dara Sheahan is an experienced writer and language teacher from Dublin, who has taught in colleges and universities in Ireland and South Korea. Now a freelance educator and blogger, he has a passion for all things related to education, travel, and entrepreneurship.
NEWER POSTLive and Work in Norway
OLDER POSTBecome a Decision Maker