If you have a problem and you can't find a solution, don’t be afraid ask for help! 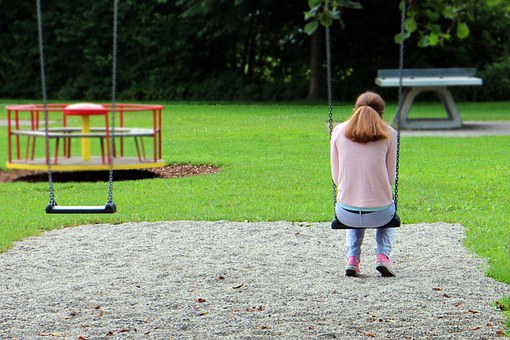 The alarm is ringing and you know you have to travel there (to your office) and spend there a never-ending 8 hours over the course of the day.
You have to carry out your standard tasks, but now, even the easiest one seems to be too hard to complete.
Some people in the office may notice some change in your mood and ask you what’s wrong, but you don’t want to reveal whole your life’s troubles for fear of inferiority.
Some of your colleagues may get nervous because you are not very helpful and focused on your work.
Your boss may even notice a decrease in your performance.
You are aware of all of this which further weakens your situation because somehow you aren’t able to do much about it.
If this sounds familiar to you, remember that you are not alone.
Thousands of people are in a similar and tough situation to you however there is good news that some of them were able to change direction for the better.
One of our readers has decided to share their experience with us.

Silvia is working in a multinational logistics company in Italy.
Her primary daily task is to insert data into SAP tables.
Besides this task, she sends emails and manages communications between several departments.
The job itself may sound quite simple, but actually, she can’t make any mistakes because other departments rely on her key data.
For several years, she had been a brilliant employee, an approachable colleague and the suppliers asked to communicate with her specifically because of her friendly and effective customer management skills.
But suddenly, several things started to shift in a wrong direction.
Firstly, her easygoing relationship with her husband changed to a more conflictual one which also included her mother as well.

“My son just finished High School and he was accepted by two universities. I was so proud of him. Then one nice morning, he stood in front of me and just told me that he wouldn’t enroll at University. It was not like – he wouldn’t choose some university that I might like but, he didn’t choose any! He simply packed up and moved abroad with his friends and just said before leaving “…the University can expect mum!”
You can’t imagine how I felt at that moment. I was really down in the dumps, I felt that all my life I was struggling for nothing.
I couldn’t understand it. I was blaming myself, so I turned to my husband and my Mum for support but they just stared at me as if I was crazy.
So I stopped talking to them and only spoke about the necessary things.
I completely shut myself off and I lost my motivation to work effectively, speak with colleagues and even to carry out my daily duties.
Anyway, I continued to work because I had to in order to hold my job down, but I was less effective, less friendly and less communicative as I used to be.
I was fighting against everybody and everything. I started to feel depressed.
As time went on tough, the reaction of my colleagues showed up pretty soon, firstly they were trying to make me laugh than just to talk.. then some of them started avoiding me entirely. Some even took it a step further and started even complaining about me.
One day my boss asked me to see him in his office.” 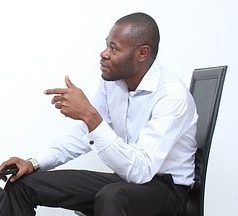 Boss: Hi Silvia, why is it that you didn’t send the confirmation report to our partner about the supplies? All the department is struck now…
Me: I’m so sorry, I’ll fix it immediately…
Boss: That’s not the only thing, you didn’t send the daily report to me as well…what’s going on? The manager of your department was complaining to me that you aren’t communicating enough.
Me: Well yes, I’ll improve. I promise.
Boss: “No, this can’t continue.”

OK… now he will fire me…I felt like a complete nothing.
Boss: We have to talk. You were one of the best employees in your department, what happened to you?
In that moment of shock, I heard myself say “He moved away.”
Boss: Who?
Me: My son, he was going to enroll at University but instead chose to move abroad to live in London.
Boss: “Ah, that’s great, my son did the same, me as well in the past…in Australia, great idea..he will learn the language very well and it’s the best way to learn. It will also make him responsible and autonomous…Now my son is about to graduate, but that was a great idea. I didn’t want to send him myself, but I secretly hoped he would decide that way.
Well, great choice Silvia, but now, tell me what happened with you?

I felt like I woke up from a bad dream and reality hit me. This man simply opened my eyes…like a flash of light, I started to shy for my egoism, thus I said just the partial truth...”I miss him so much!”
Boss: Oh, I understand, why didn’t you tell..but think about all the benefits, experience..and it will pass in such a short time…OK, now take two days off and on Monday I want to see you in good shape again.

In a very short time, all the things went back to the way they were before, I communicated my feelings to my family and they understood me.
I have learned how important and helpful a simple thing such as sharing your troubles with somebody you can trust is.
If you fight with a problem, that becomes bigger than you and you don’t want to take it on yourself. Just listening to others with similar experiences before can develop a different point of view and can diminish your “big” issues or even transform them.
It was my boss that helped me see the light and I would never have thought that he would be the person that would ultimately change my mind.

This story was very encouraging and we thank Silvia for sharing her experience.

To conclude, If you have a problem and you can’t find a solution, don’t be afraid to ask for help…it will work.

I'm a professional blogger and journalist with an extensive experience in HR, co-founder of euspert.com, pinlanguage.com and biancolavoro.it. During my career I have also acquired experience in different fields working as a trade manager, responsible for logistics and event organizer. As a polyglot fluent in seven languages I had the opportunity to work as an interpreter and translator for important companies around the world.
NEWER POSTEnsuring Security In The Information Age
OLDER POSTHow to Mention Fun Facts About Yourself in a Job Search