The EU does not have any general rules about how their citizens who reside, work or visit other countries will be taxed on what they earn from wages, property, benefits, donations, successions, pensions or other sources of income.

The laws of the EU countries and their treaties for bilateral tax within nations do not address all the possibilities and differs in some aspects. 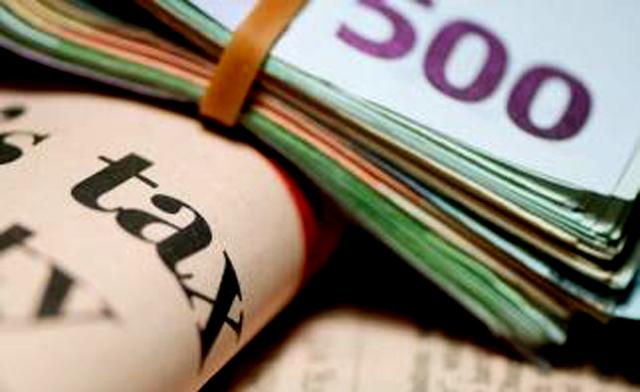 Despite these differences, there are some general laws that must be obeyed by EU citizens who live in or visit other countries within the EU:

Countries you have to Pay Tax

The EU does not have a central rule that applies to all EU citizens who reside, work or visit other EU countries when it comes to their income tax.

It is however, possible for the EU country you are resident in to tax your worldwide overall income, including unearned and earned income. This income could be from wages, property, benefits, other sources as well as property sales capital gains from every nation in the world.

Every nation has a tax residence definition; however:

It is possible for you to be taxed by 2 different EU countries on the same income and you could be required to pay taxes on the overall income in you make worldwide. This can however, be resolved due to the fact that a lot of EU nations have agreements on double tax, which implies that there is a rule to determine which of the EU country you should pay tax to.

If this agreement does not resolve the case for you or your case is not exclusively covered in the agreement, you should notify the tax authorities of both countries or one of the countries and explain your situation to them.

In this instance, you could also be taxed by the country you are resident in as your employer might be removing your taxes directly from your monthly income before paying you.

Furthermore, your home country might continue to tax you even though you are no more living there on part of your income such as taxing income arising from your property in the home country.

All of these issues can be resolved. You shouldn’t paying double tax when it is avoidable.

Some treaties for double tax allows the country where you get most or all of your income from, to take you as a tax-resident, even in the event that you do not reside in that country. Some countries grant this fictitious resident tax status to cross-border commuters.

The EU rules allow every country to determine the income percentage that connotes “almost all” to them. You would however, have access to tax reliefs and allowances accessible to a resident of a country, irrespective of, if you are treated or not treated as a tax-resident.

If you are a tax resident of a particular EU country, the EU rules expected you to be taxed based on the way and conditions, citizens of that particular country are taxed. For instance, your tax resident country or the country where you get most or all your income from should provide you with:

You could find personalized information if you believe you are being discriminated.

It is possible for you to pay a particular tax twice if the rules of 2 different EU countries allow them to tax you, such as:

These instances will require you to pay taxes in the EU country you are resident, while the other EU country you transferred to will also continue to tax you.

Luckily, the double taxation issue could be fixed due to the agreements on double tax which have been put in place by most EU countries:

It is worthy of note however, that tax rates could differ in 2 different country. If the country you work have a higher tax rate, then you would have to pay that rate even in the scenario that any tax you pay is deducted from your resident country or you are exempted from any other tax in your resident country.

For you to be able to resolve issues relating to double taxation, you would need to show your resident country that you income taxes have already being paid. The tax authorities would be able to help you with what documents and information you need to submit to show your taxes have been paid.

Note: The most popular rules as regard treaties on double taxation are being described by this page. It is however advisable to check information on the treat on individual tax to know what rules applies to you particularly which might be different from what is shown on this page.

RULES APPLICABLE TO YOU AS:

If you work in an EU country and live in another EU country, the rules as regards taxation that applies to your income will be based on the laws of the country as well as the agreements on double tax within both nations. There is a possibility that the rule might be different for which of the nation would be responsible for your issues as regards social security.

As a worker, the nation where you are employed will deduct your tax on your earnings within the country.

As a self-employed who registered in your resident country but offer services in the other EU country, your income tax will be paid to the country where your services are provided in the event that you set up a permanent establishment or a fixed base (that is a shop or an office) in the other country. You can consult with the tax authorities to know what applies to you.

If most or all your income are earned from a different EU country and you are also taxed by the country, even though you live in another EU country, then you have the same tax rights as a citizen of the EU country where you are taxed. This implies that you should have the same tax exemptions and reliefs as well as other benefits as relates to tax that other citizens of that country enjoy including personal allowances and the possibility to be taxed jointly with your partner when applicable to citizens.

The cross-border partnerships for European employment services in your area will assist you in sorting out special arrangements for tax which are applicable to you as a cross-border traveler.

If you are sent to another EU country as a worker on an assignment (for less than 2 years), your home country would still be responsible for your social security system. There is however, a possibility that your host country would tax your income for the period you are there.

If you were sent to the other EU country by your employer, you would not have to pay tax to the country you are working in if:

A board member of company director

If you are resident in an EU country and you are a management board member of a particular company located in another EU country, you might be taxed by the other EU country on income and fees that you earn from the responsibility.

You should also benefit from any advantages applicable in that EU country such as company car or stock options that you get as a member of the board.

If aside your responsibility as a member of the board, you are also an employee of the same company or act as a consultant or adviser to the company, what you earn from these other responsibilities will be taxed in the same way cross-border travelers are taxed as already explained above.

If you are resident in a particular country in the EU and you are employed by a company that is located in a different EU country, under normal circumstances, a low of tax treaties require that only your country of residence tax your income.

A sportsman or mobile artist

If are a sportsman or an entertainer (such as a musician, television, radio, motion picture or theatre artist) and a particular company pays you, you income could be taxed by the EU company where you earn your income.

The factors that are considered in deciding which of the EU countries taxes you include how long you are staying there, fixed base and the country’s performance. The amount you earn is however not taken into consideration in most cases.

If your event or performance was supported partly with public funds or if the payment is not significant, some EU countries will not require you to pay tax on the income. The income would however still be subject to the rules as regards to tax in your home country.

In some cases, you might be granted a tax relief by your home country on tax from events or performance income that you paid in another EU country. You would however show proof that you paid the tax for you to be able to access the tax relief.

A civil servant in another EU country

An unemployed individual looking for work in another EU country

If the period of time you spend in the other EU country is not up to 6 months every year and you don’t have a job there, you would not be required to pay tax to the country. In this instance, any benefits relating to unemployment that are transferred would be liable to tax by the EU country who pay them.

Note: If you however have a permanent base as well as strong economic and personal ties in your home country, your home country might continue to tax you even in the event that you stay in another EU country for over 6 months. The other country in the EU would however not have the right to tax your benefits as relates to unemployment in this instance.

A retired person living in another EU country

If you decide to move to another country within the EU after your retirement and you live there for over 6 months every year, you would be required to pay tax to the country. You might also be expected to pay tax on your overall income, worldwide to that EU country including your pension earnings from other EU countries.

Note: This is not applicable to pensioners in the public sector who are only taxed by the country which employed them.

You could also check the following sources:

This is only brief information on the general requirements as regards taxing. To find out what applies to you particularly, you could:

You could get more information on taxes which applies to income you did not ear from the country where you are taxed such as local taxes, gift, inheritances taxes and property taxes amongst others. Visit the local tax office.

Euspert is a gateway to the professional world. Jobs, career, freelance, business, training, etc...
NEWER POST6 Tips for Nailing an Interview & Conquering Your Nerves
OLDER POSTRights for people with disabilities in the Europe