Paternity Leave and Pay in UK and USA

Paternity leave can be defined as the time which a father takes off from his work at the time of birth or when adopting a child. This leave type is rarely paid by companies however, there are few progressive companies that are offering paid time to new dads and which can range from a few days to few weeks. The leave period can start only after the birth and should end within 56 days of birth. There are also options of Shared Parental Leave if your child is due or is being placed for adoption purposes on or after 5th April, 2015. California State was the first to offer this type of paid leave. New Jersey and Rhode Island have also passed this leave law and other states are considering it as well. 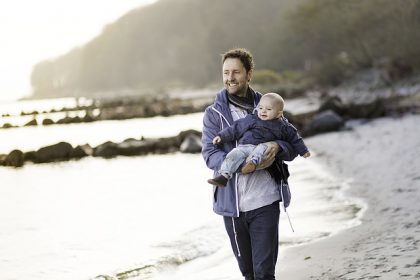 Employees willing to obtain paternity paid leave will fall under the Statutory Paternity Pay. The rate of the leave is £139.58 weekly or 90% of the average weekly earnings, whichever is less. However, employers can give more to this leave as per the terms and conditions of the employment.

Eligibility for Paternity Leave and Pay

Paternity leave is provided to employess who fulfills the following eligibility criteria:

Difference in Paternity Leave and Pay in USA and UK

USA is rendered to be the only industrialized nation where the government is still not supporting paternity leaves. Around the world, major corporations are offering generous parental leave programs which include paid leaves and no travelling in the first year of the baby’s birth however, in the US, The situation is very different. According to statistics, only 13% of people working in the US have access to paid parental leaves. The Family and Medical Leave Act of US tends to protect the job of the new dad to up to 1-2 weeks however, in most cases, they are not paid.

New fathers employed in UK corporations are entitled to receive two weeks of paid paternity leave however; some employees can go beyond this line. The minimum amount paid for the leave is £120 per week. In addition to this, the Government is also working upon a scheme under which dads are entitled to take 6 months off from work after the birth of the baby and will be entitled to get the maternity payment which their wife would have received if she had constantly to take the maternity pay.