Just over half of the NUTS 2 regions1 of the European Union (EU) recorded a decrease of at least 0.5 percentage points5 in their regional unemployment rate3 in 2014 compared with 2013. However, regional unemployment rates continued to vary widely across the EU regions in 2014, with the lowest rates recorded in the regions of Praha in the Czech Republic and Oberbayern in Germany (both 2.5%), followed by Tübingen, Oberpfalz, Niederbayern and Unterfranken (all situated in Germany and all below 3.0%). At the opposite end of the scale, the highest unemployment rates were registered in five Spanish regions: Andalucía (34.8%), Canarias (32.4%), Ceuta (31.9%), Extremadura (29.8%) and Castilla-la Mancha (29.0%).

These data3 on regional unemployment, compiled on the basis of the EU Labour Force Survey, are published by Eurostat, the statistical office of the European Union. A dedicated article5 is also available on Eurostat website. 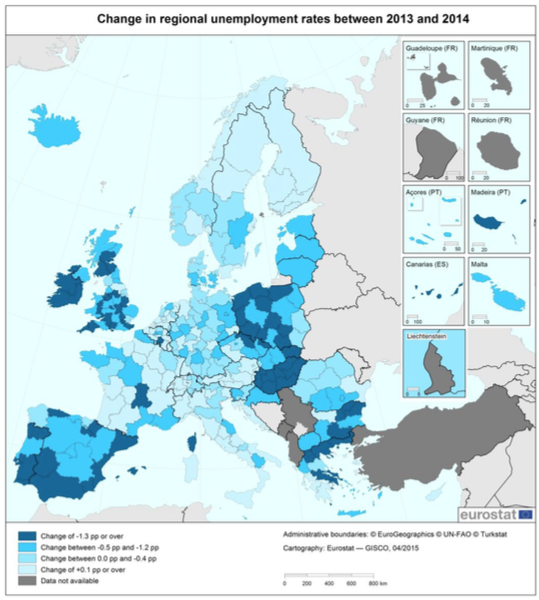 In this map, the regions have been grouped into quartiles, that is four approximately equal categories.

One in five EU regions with unemployment rate below 5%

Among the EU regions, 54 had an unemployment rate of 5.0% or less in 2014, half the average of the EU (10.1%). They included twenty-three regions in Germany, sixteen in the United Kingdom, six in Austria, three each in Belgium and Romania and one each in the Czech Republic, Italy and Hungary. In contrast, 29 regions had a rate of at least 20.2%, double that of the EU: thirteen regions in Spain, twelve in Greece and four in Italy

Youth unemployment rates varied from 3.7% in Oberbayern to almost 70% in Ipeiros

Regions with highest and lowest unemployment rates in 2014, % 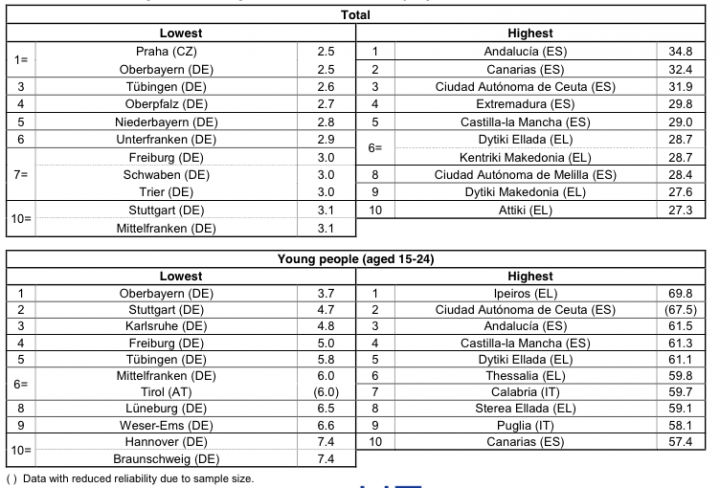 In almost 1 out of 3 regions, the majority of the unemployed had been out of work for at least a year

Regions with highest and lowest long-term unemployment shares in 2014, % 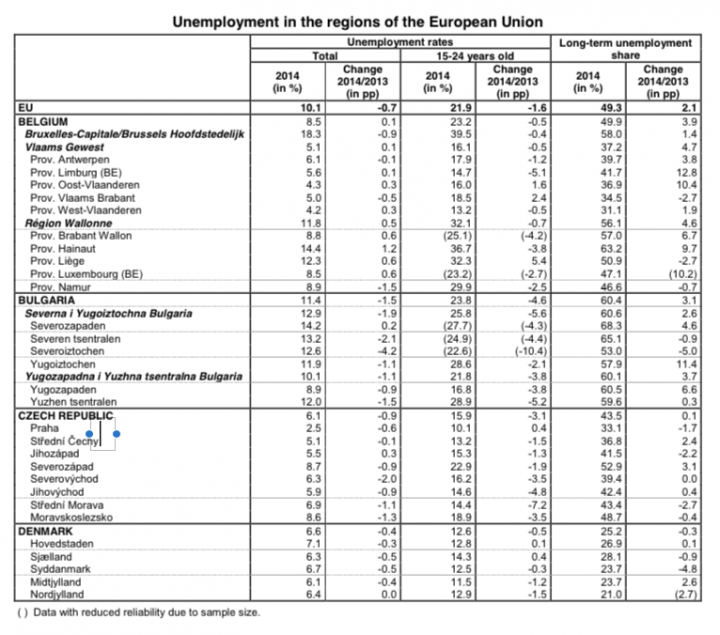 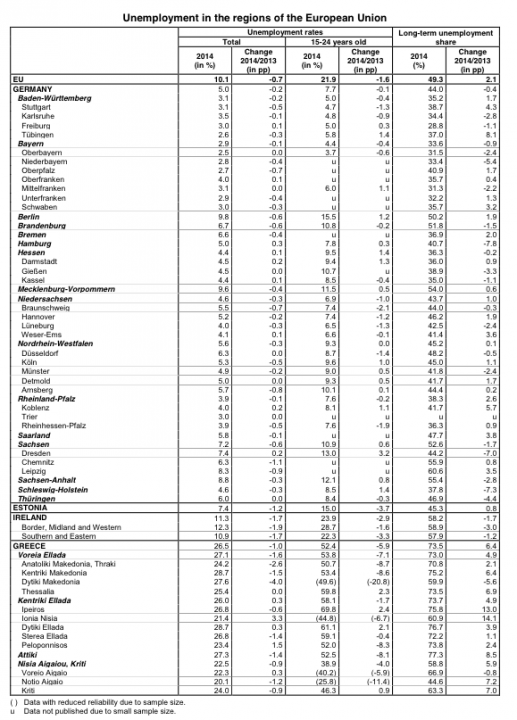 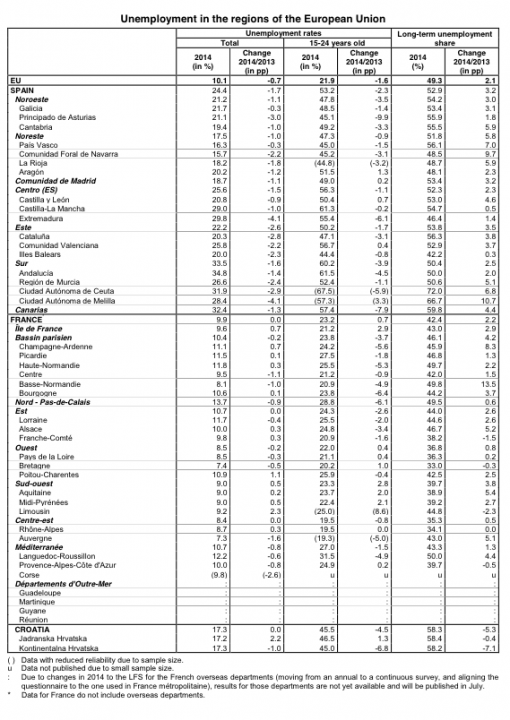 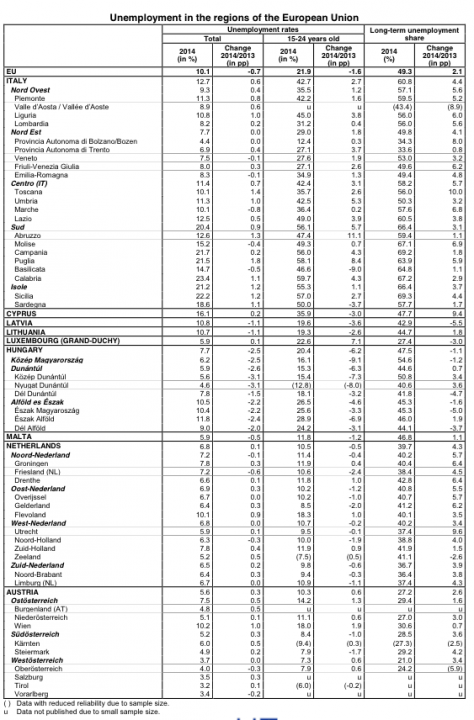 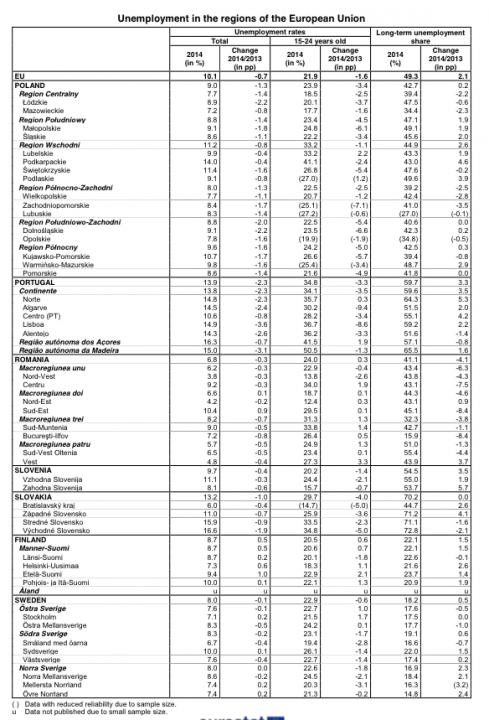 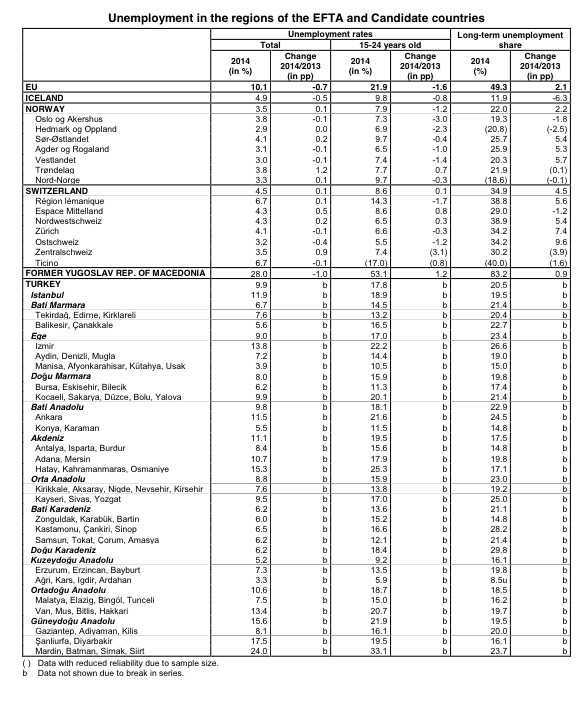 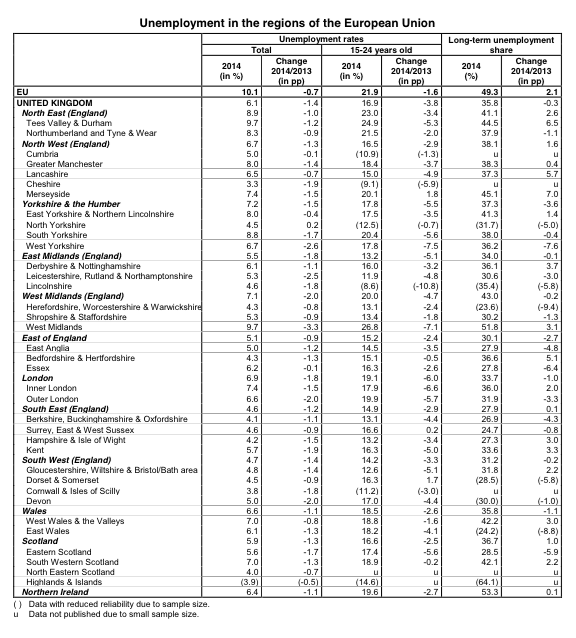