What do you know about Sales representatives? 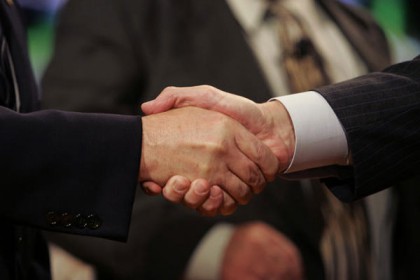 There are sales representatives in every company or organisation who look after the promotion and selling of the product. Like all other jobs it also has its share of ups-and-downs and cut-throat competition. It’s business so chase your target!

Well, as the term ‘sales reps’ suggest they are professionals authorised by a company to represent it on the selling end. They have nothing to do with marketing principles, for their sole motive is to sell product or service to a customer. Sales reps may work within the country, communicating with domestic customers in their native language or as outsourcing salesperson representing an organisation to a foreign national. In latter’s case the sales person has to be an expert in that foreign language in order to communicate well, hence, sell well. This is the universal scenario.

A European sales rep can also work as either of the two above mentioned ways (either domestic sales representative or an outsourcing sales representative). Every marketing organisation will have to appoint salesperson in order to reach out to a worldwide demand. Thus, all European country has sales reps for various sectors like, insurance, marketing and communication, IT sector, agriculture medical, food, architecture, etc. Countries like Austria, Germany and Switzerland have high job offers for sales representatives. From Chez Republic to Hungary, none lags much behind in this race.

Which sector, earns what?

This salesperson demonstrates product features to prospective customers in order to turn them into real customers contributing to the company’s economy. They are required to answering questions of customers related to the product or service and negotiating price deals as and when necessary. Sales reps always work under pressure of completing their targets because their job security and income depends on exact number of merchandise sold by them during tenure of time.

Salesperson should have a clear picture in his/her mind about target fulfilment, hence, should be goal oriented. As they are in constant communication with prospective clients, they should be able to predict a client’s expectations and him/her to avail the company or organisation’s service which the salesperson is representing. Linguistic skills are of great helping this job because you can never get to make people feel that they actually need those services until and unless you are fluent in that particular language. This person should have active problem solving skill, a pleasant approach and should actively grasp every opportunity. Countries like:

Whether to be an Employee or a Freelance agent?

Representing a company or organisation as a freelance agent is a comparatively better option than freelance agent. Having said this one cannot take a justifiable stand unless a few conceptions are cleared. Both of them are tied with a bond of agreement to the company or organisation. An employee is someone who has certain degrees and has passed few qualification tests to hold a more permanent position than the other. Now, this employee receives a regular cheque of salary. But that is not the case of an agent. Then what is it that makes a freelance agent a better option?

The answer is, when an agent enters into an agreement, he/she is still the controller of himself/herself, unlike an employee who loses self control under the boss. The company has to pay employment taxes to the state, worker’s compensation and security taxes in case of an employee but not in case of a freelance agent. Hence, companies will want more agents than employees in order to escape taxes. Moreover, once you get employed under one banner, it’s tough to leave the job even when you are getting paid really low wages where as an agent can shift his/her liabilities with the most successful companies in the market.

Challenges of the job

As a salesperson no one is a welcome guest to any working house so how do you approach then? If a salesperson gets to communicate with the right person at the right time, through a link, regardless of what position that link holds, he/she can strike a potential customer. However, if denied any chance of communication, the purpose of selling remains unfulfilled. Other factor of challenge is, namely, economy.

Now the economy of a business sector will sometimes be up while sometimes down but a sales representative’s policy of selling should never depend on economy. It should be focused more on the value of the product or service and its utility. It’s the way in which a rep is selling the product, which turns out to be the most important factor to the success of a sales department.

Euspert is a gateway to the professional world. Jobs, career, freelance, business, training, etc...
NEWER POSTHow to Earn Good Money as a Blogger?
OLDER POSTA Guide on Starting and Running your E-commerce Business